Home sales in California, the most populous U.S. state, are
likely to rise 1 percent in 2012 after being “essentially flat” this year, the
California Association of Realtors forecast today. 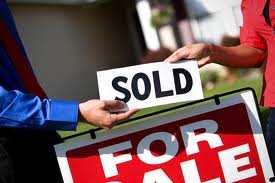 “The fundamentals of the housing market — such as low
mortgage rates, high housing affordability and favorable home prices — are
expected to continue,” Beth L. Peerce, president of the California association, said in the statement. “But at this point, a strong housing recovery will depend on consumer confidence, job creation and the availability and cost of home loans.”

California home sales, which account for about a 10th of the
U.S. total, have fallen from 625,000 in 2005, while median prices are down from
a peak of $560,300 in 2007, according to the group. The state ranks second
nationally, after Nevada, in the pace of foreclosure filings. One of every 226
homes received a notice of default or was subject to a foreclosure sale in
August, RealtyTrac Inc. reported Sept. 15.

It will take as long as five years for the state’s inventory
of foreclosed properties to be absorbed, Leslie Appleton-Young, chief economist
for the California Association of Realtors, said in a conference call today.

“It depends on the area,” Appleton-Young said. It will be
“closer to five in the inland areas, where I don’t think we’ve seen a lot of
the supply that’s going to come through come through,” she said.

California’s unemployment rate was 12.1 percent in August,
also second to Nevada and above a U.S. rate of 9.1 percent, the state
Employment Development Department reported Sept. 16.

The California Realtors’ forecast for this year was lowered
from 505,000 sales projected in June and 502,000 in October.