The Federal Reserve on Wednesday announced it’s changing its investment strategy, which could translate into lower mortgage rates down the road, market watchers say. 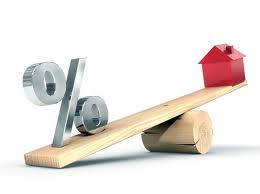 What does that all mean?

“They’re changing the composition of their balance sheet,” said Lea, a past chief economist of mortgage giant Freddie Mac. “This isn’t a new round of quantitative easing. They’re reinvesting, not injecting more money into the economy.”

The decision could push down long-term interest rates, and in turn, mortgage rates.

Why is this needed when home-loan rates are historically low?

“Mortgage rates are not the problem,” Lea said. At issue, is weak demand for mortgages because of income uncertainty and unemployment coupled with tight lending guidelines.

“This will have very little impact on the average person,” Lea said. “It’s meant to signal to markets that the Feds are still trying to do something.”

“What will Fed’s Operation Twist do?,” wrote McBride, referring to Wednesday’s plan. “It might push down mortgage rates. But it will also squeeze bank margins, leading to lower savings yields.”