Short Sales Expected To Be Strong In 2013

Short Sales Expected To Be Strong In 2013 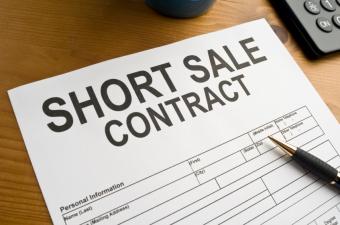 Even though the number of foreclosure filings has risen dramatically in recent months in some parts of the country—specifically in judicial states—the ratings agencyDBRS expects total foreclosure filings to show evidence of a steady decline in 2013 when compared to 2012.

This is due to “the record number of servicers that are using short sales as their primary loss mitigation tool to prevent delinquent loans from entering foreclosure,” the agency’s analysts said in a research note issued Monday.

The Office of the Comptroller of the Currency (OCC) found evidence of such a shift as early as 2012’s first quarter. With the release of its Q1 mortgage performance report, the federal regulator noted that the number of home retention actions implemented over the January-to-March timeframe was down 36.7 percent from a year earlier, while the number of short sales increased 19.7 percent.

New short sale actions completed during the first quarter of this year totaled 59,996, according to the OCC’s latest report covering about 60 percent of all first-lien mortgages in the United States. Over the second-quarter period, another 63,403 short sale actions were completed by the 60-percent subject population.

While it will be another two-and-a-half months before theOCC releases its third-quarter mortgage performance data and mitigation numbers, anecdotal evidence from those in the field suggests the increase in short sales is likely to carry forward.

Rudimentary projections based on the quarter-to-quarter increase seen earlier this year would mean another 138,000 completed short sales during the second half of 2012 among the 60-percent first-lien population analyzed by the OCC.

DBRS believes short sales will be an effective loss mitigation tool for curbing the industry’s shadow inventory backlog of unsold REO properties. Short sales are an effective way to get the home sold without having to incur the cost of foreclosure, preparing the home for sale, paying a listing agent, and maintaining the property, therefore lowering loss severity, the agency’s analysts noted.

As a result, DBRS expects short sales to be one of the key loss mitigation techniques used in 2013 with more servicers delegating or automating their acceptance and counter offer process in order to be more responsive to short sale bids on properties.