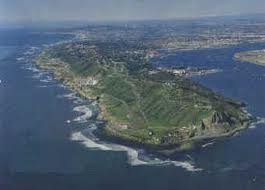 There are various unique communities within the Point Loma peninsula. The business and retail center of the peninsula is known as Point Loma Village. Its stores and businesses supply nearby homeowners in addition to yachting and sport fishing hobbyists. The roads in Point Loma Village are layered with numerous jacaranda trees due to neighborhood beautification initiatives. Attached to Point Loma Village using a causeway is Shelter Island which is really not an island but an old sandbank in San Diego Bay. Shelter Island originated in the 1950s after it had been developed into dry terrain using sediment brought up from the bottom of the bay. It’s within the management of the Port of San Diego and possesses hotels, restaurants, marinas, and public parks.

The most recent business and retail region is located at Liberty Station, home of the original Naval Training Center, that also has housing and academic areas. The Midway district along the northern end of the peninsula, next to the San Diego River and the I-5 and I-8 freeways, is mostly commercial and industrial with a couple of small housing developments. 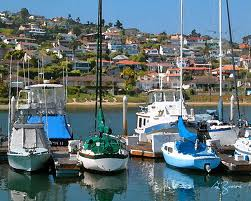 The majority of neighborhoods in Point Loma are made up of single family homes. The bayside residential area is known as La Playa and is situated a bit north of the original La Playa, the shore where commercial and armed forces ships moored throughout the conception of the city. La Playa consists of some of the most high priced real estate in San Diego. This section of Point Loma housing is an attractive choice for many investors. Several bayfront houses have privately owned piers for small boats. The hillsides above La Playa are called the Wooded Area on the bayside of Catalina Boulevard as well as the College Area on the pacific side (due to the vicinity of Point Loma Nazarene College). The Sunset Cliffs community is located on the west side, above ocean bluffs, and is recognized for its spectacular views of the Pacific Ocean.

Roseville, named after San Diego pioneer Louis Rose, includes the oldest established area of the peninsula. Numerous Portuguese fishermen and angling boat owners settled here over a century ago. Some individuals call the area “Tunaville” due to its connection to the tuna-fishing fleet. The hilly region above Roseville is referred to as Fleetridge, named after the developer David Fleet, a son of Reuben H Fleet.  The bayside hills between Rosecrans Street and Chatsworth Boulevard are called Loma Portal. A unique characteristic of this neighborhood is the placement of street lights in the center of street intersections rather than on the sidewalk. Loma Portal is situated directly within the flight pattern for aircraft from Lindbergh Field which makes it the home of the “Point Loma Pause” where all discussion stop briefly as a result of airplane noise. 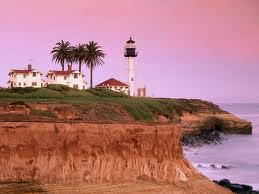 The northwest end of the point, where the San Diego River runs into the pacific ocean, is a different neighborhood referred to as Ocean Beach.

The southern 1/3 of the point is exclusively federal land, which includes the Naval Base Point Loma, Fort Rosecans National Cemetary, and Cabrillo National Monument.