U.S. to lower the size of mortgage it will guarantee

Why you may be rejected for a Home Loan 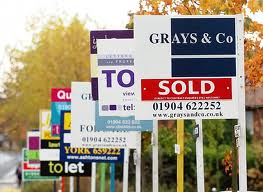 The nation’s largest banks are luring a select number of San Diego County homeowners to complete short sales with the promise of cash, in some cases as much as $35,000 for each deal.

These incentive offers, which require lenders to accept less than what the borrower owes on their mortgage, have surfaced in recent months locally and around the U.S. As straightforward as they seem, they’ve baffled real estate agents and the courted borrowers, many of whom are jobless, behind on mortgage payments, or facing some other financial hardship.

They wonder: Why are the likes of Chase, Bank of America and Wells Fargo aiding homeowners with lump-sum cash offers? And why are certain homeowners chosen and not others?

Lenders won’t say. But they will divulge this: Don’t bother seeking out the incentives. If you qualify, they will come find you.

“It’s not something people can apply for,” Chase spokesman Gary Kishner told the Union-Tribune in a recent phone interview. “We look at case-by-case situations. Even the amount (offered) is case-by-case.”

Chase, the sole bank that provided a specific timeline, said it unrolled its short-sale incentive program late last year. Efforts were ramped up this year and are “now in full swing,” said Kishner, who declined to say how many homeowners received letters.

Bank of America confirmed it’s also offering incentives for completed short sales for “certain borrower profiles,” and Wells Fargo is doing the same, but the cases are “very situational.”

“Don’t lose hope,” says the letter from Chase to La Jolla resident Cheryl Keenan. “You have options that may help you avoid foreclosure and make a fresh start.”

It goes on to say: “You may be able to owe nothing more on your mortgage and get $35,000 after you sell your home.”

Keenan, who had already received a notice of default, was floored.

“I didn’t believe it,” she said. “It was a generic form letter, nothing to our specific situation or our loan.”

The letters follow a similar structure: You qualify for a new program. If you complete a short sale through this program, you may be eligible for cash to use for moving and other expenses. Once done, you will not be on the hook for future home-loan payments on this home. Call us.

In Keenan’s case, she did call. A bank rep asked her to fax in a listing agreement — a contract between a real estate broker and a seller to give the broker the right to offer the home for sale — and a letter authorizing the broker’s negotiator to talk to the bank’s negotiator.

Once that was done, nearly everything that followed was swift and organized — the typical opinion from homeowners and real estate agents. In some cases, the transaction took three months to complete.

In comparison, the typical time frame for a traditional short sale ranges three to four months or as long as a year. For bank-owned properties, the process on average takes five to six months, show recent national numbers from Irvine-based data company RealtyTrac.

“It was upfront, very quick and streamlined,” said Mike Watson, a Chula Vista agent who has helped a client complete a short-sale incentive deal.

Once Keenan, of La Jolla, put her home on the market, she quickly found a potential buyer and expects to close escrow this month.

The cash incentives, varying from a few thousand to as high as $35,000, are given to the sellers at closing. Banks have declined to say how the amounts are determined, but it appears the larger amounts correlate with larger home loans.

“So far, it looks like they’re going to honor it,” Keenan said.

The major lenders say they’ve launched the incentive programs to reduce losses in their portfolio, also widely known as loss mitigation in the real estate business.

“(They) want to get some of those nonperforming loans off their books,” said Michael Spilger, a San Diego real estate attorney.

The goal is to keep the homes from going into foreclosure, which can be a lengthy process. Nationwide, properties foreclosed in the second quarter were in the foreclosure process an average of 318 days, RealtyTrac reported in its midyear report.

Also, by letting homeowners stay in their homes during the incentivized short-sale process, banks can curb vandalism at the properties, which can be costly to fix and make it difficult to sell.

That worked on Keenan, the homeowner taking part in Chase’s program.

Fearing she won’t get her incentive at closing, she has made sure her property is “well-kept” until the deal is finalized.

“What you’re trying to do is get a borrower or homeowner to move out of the home as efficiently or quickly,” said Guy Cecala, a national real estate expert and publisher of Inside Mortgage Finance.

What’s in it for the borrowers?

For one, they get a chance at the fresh start mentioned in their offer letters. Many of those courted are behind on mortgage payments, out of work, or likely both, and want a way out.

Also, sellers prefer short sales over foreclosures because they typically have less of an impact on credit scores. But the impact depends on how behind they are on home-loan payments and other factors.

Another attractive aspect of the incentive offers is that banks assure they will release homeowners of any deficiency judgments.

Homeowners in California are further protected by a recently retooled state law that bars first and secondary lien holders from going after sellers for money owed after short sales close.