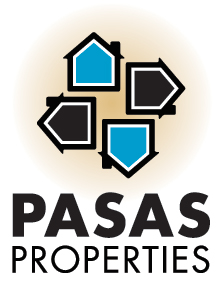 The six-county region’s median price of $605,000 was down slightly from a record $610,000 in September, although it’s not unusual for prices to fluctuate month to month. The median was up 14.2% from a year earlier.

Economists and real estate agents say the housing market has been red hot because of COVID. Many people who still have jobs want more space, and federal policy aimed at spurring economic growth has helped drive average interest rates on a 30-year fixed mortgage below 3%. That’s bringing more people into the market and allowing them to pay more than they otherwise could.

Sales in October rose 17% from a year earlier, according to DQNews, which released the sales and price figures Nov 18th.

Selma Hepp, deputy chief economist with CoreLogic, said a big part of the demand surge has come from millennials who are entering their 30s and have accelerated plans to buy because of the pandemic. And as people venture into the market, they are finding fewer homes for sale than last year and are bidding up prices.

Though the six-county median price last month was slightly below September’s record, prices in Los Angeles and San Bernardino counties set all-time highs in October, while San Diego matched a record. The regional median was up by double digits compared with last year — the third consecutive month of such sizable increases.

Jordan Levine, deputy chief economist with CAR, said he expects continued “strong price growth” given the mismatch of supply and demand. But he and other experts caution that values aren’t rising as much as the large median increases indicate. Because the median is the point at which half the homes sold for more and half for less, it also reflects a change in the types of homes sold.

One thing that has made the median price rise so much in recent months is that members of higher-income households are less likely to have lost their jobs in the pandemic, leading a greater share of home sales to be in the luxury segment now than at the same time last year.

Stuart Gabriel, director of UCLA’s Ziman Center for Real Estate, said he expects the housing market to heat up even further in the new year.

Not only has the Federal Reserve signaled it will continue its easy money policy but Gabriel he also sees economic stimulus packages as more likely under the incoming Biden administration than the Trump administration. “There will be more housing demand,” he said.