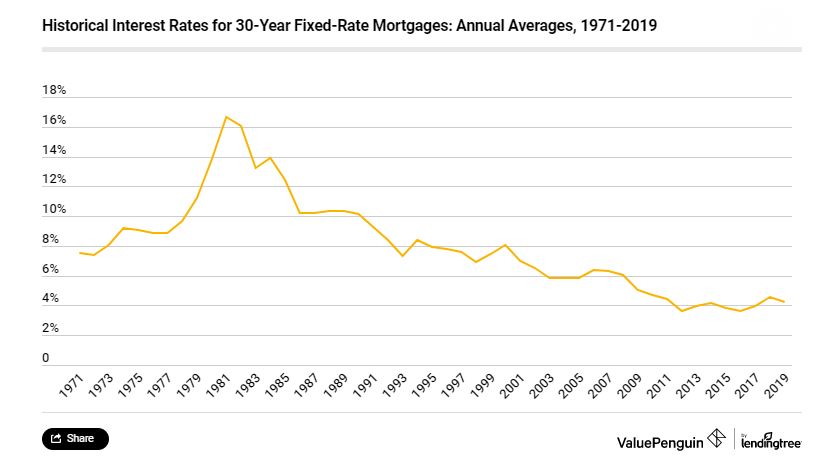 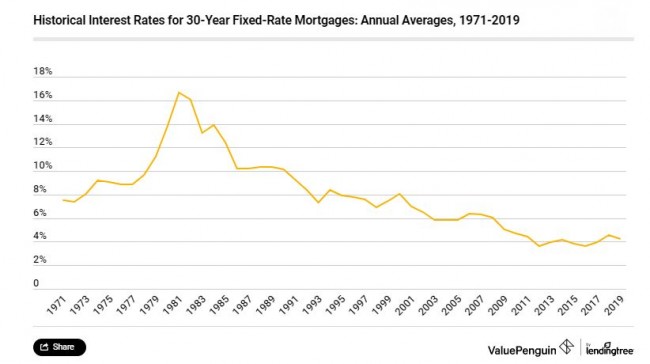 In 1971, the same year when Freddie Mac started surveying lenders, 30-year fixed-rate mortgages hovered between 7.29% to 7.73%. The annual average rate of inflation began rising in 1974 and continued through 1981 to a rate of 9.5%. As a result, lenders increased rates to keep up with unchecked inflation, leading to mortgage rate volatility for borrowers.

The Federal Reserve combated inflation by increasing the federal funds rate, an overnight benchmark rate that banks charge each other. Continued hikes in the fed funds rate pushed 30-year fixed mortgage rates to an all-time high of 18.63% in 1981. Eventually, the Fed’s strategy paid off, and inflation fell back to normal historical levels by October 1982. Home mortgage rates remained in the single-digits for much of the next two decades.

This year, interest rates are expected to stay around 3.8%, according to Freddie Mac. This is good news for consumers as home prices continue to rise.